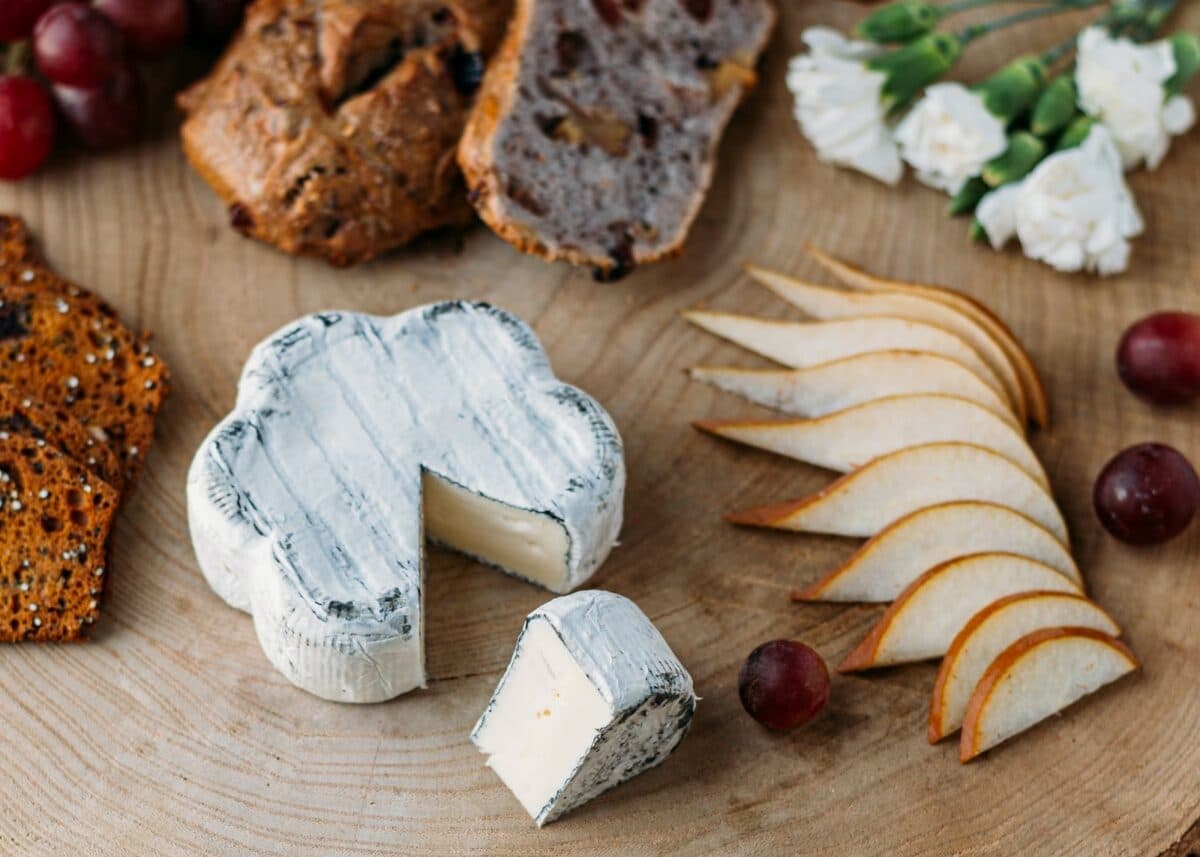 Making a cheese board is a daunting task. There are so many ways to arrange and accompany cheeses. Especially with soft ripened cheese, as many of them have a white bloomy rind, and just placing them next to each other makes for a dull-looking cheeseboard. Chef Greg shares his suggestions to make a visually appealing cheeseboard composed entirely of soft ripened cheeses.

A fruity and colorful soft ripened cheese board

Chef Greg accompanies each cheese with a different (and delicious) fruity recipe. Even though every cheese he selected has a white or gray rind, the result is a colorful platter that will surprise every guest.

He started with Supreme soft ripened cheese, a creamy soft ripened cheese, that is very versatile in a kitchen. Chef Greg had already made a video composed of three recipes including this wonderful cheese. He complements it with blueberries, liquor, vinegar, and peppercorn.

His second cheese is a classic Camembert, from Ile de France. Paired with a cherry chutney and almonds, it’s a splendid savory-sweet treat.

His third choice is Saint Andre triple cream, the creamiest of these four cheeses.

Last but not least, Dorothy’s Keep Dreaming is a Brie-like cheese rubbed with vegetable ash. He adds dried cranberries, pistachios, and orange zest, which gives this creamy cheese an uncommon crunchy texture.